A downloadable game for Windows

My name is Josh, and this is the first game I'm releasing. I've made countless game in the past, but this one has always been worked on in between and behind those. In high-school I took a generic video game design course. I eventually found myself becoming immersed in the idea that I could actually create my own game. This project became a huge part of my life for 3 years. I put more than 3000 hours of development into it. But, I found I had a much larger vision for it than I original imagined. So, I brought it back down to Earth. Aether takes about an hour and a half to beat, but I've made that experience an incredible one. Enjoy.

P.s., The Game only runs in windowed mode, at least on my testing platforms. If it runs in fullscreen for you, awesome! If not, I'm sorry my past self was too stupid to know how to properly build a video game. On top of this, I'm SURE there are loads of bugs just waiting to emerge. I've polished this up as much as I can. Thank you so much for reading - Have fun.

P.P.S., I've updated the UI of the game. If it looks different than the screenshots - that's normal.

Aether was certainly an experience. A lot of my frustration with the game came from the fact that it started lagging to hell and back after a short time, but that can be chalked up to inadequate hardware.

Things that could be better:

In addition, the game sudden shift between "The Beginning" and "The End" is somewhat upsetting. I would have liked to see some of the platforming and trap avoidance carry over from the first part into the second part.

Overall though, I did enjoy my romp through Aether. I'll definitely give it another go someday with a beefier computer.

Thank you so much for playing! I appreciate it loads.

The performance can be chalked up to the engine that was used. I can tell you I spent months actually trying to fix the problem. Apparently on some laptops / desktops there's a hard-baked setting in the way they draw power that determines whether or not the game engine utilizes enough memory / processing power. However, even after my attempts at modifying everything in the game from start to finish (even rebuilding all the lighting from scratch!) I found no luck. My only option was to make the game in a different engine, and that would have taken far too long.

Your feedback is much appreciated! The critique is amazing, and will only help make our games better. It makes a lot of sense that the transition from The Beginning to The End is fairly sudden. I'll take that into account when building things further, thanks for pointing that out! I can see how moving from one gameplay section to another in such a short time span can make for an awkward shift. Same goes for the enemy types, I can see how the same two being used over and over may get a bit boring overtime haha.

As for the story, I felt it had a solitary place within the game world, and wasn't sure how to better implement it. Maybe character sprites you discover? More items and enemies that revolve around it? I'm sure that since you've mentioned the story here, you've discovered the secrets that lie within the The End that tell the deeper pieces of what's happening. It's totally understandable that these would feel super disconnected. It's super good feedback, thank you!

Thank you for playing, and thank you even more for leaving feedback - it only helps to make things better : )

Great game!! Super stylistic and the aesthetic is amazing. Really loved how you changed the colors of the backgrounds with different perspectives. Looking forward to more of you releases! I'll definitely share this with some of my friends :)!

Thanks man! Really Appreciate it!

Super fun and incredibly stylish, looks and feels smooth and sleek. The line of sight mechanic is ingenious, surprised more games don't use this.  Absolute blast 10/10 would pew pew again

Thanks! I put a lot of thought into both the Game Feel and the Game Design. Glad you enjoyed it!

I'm so happy you had fun with it! I'd love to see someone speed run it haha

This game is a Fun time and would recommend if you are ADHD like myself and like something to keep your attention as you listen to a podcast or your favorite music.

So glad you enjoyed, thanks! 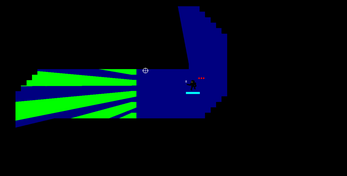 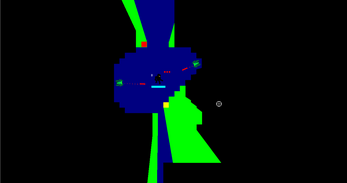 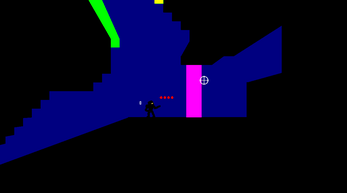